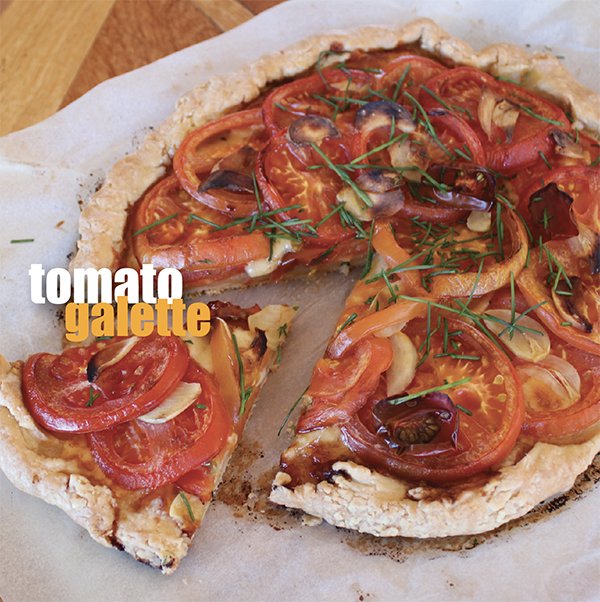 Pulse flour and 1¼ tsp. salt in a food processor to combine. Add butter and pulse until mixture resembles coarse meal with a few pea-size pieces of butter remaining.

Transfer mixture to a large bowl; drizzle with vinegar and ¼ cup ice water. Mix with a fork, adding more ice water by the tablespoonful as needed, just until a shaggy dough comes together. Turn out onto a work surface and lightly knead until no dry spots remain (be careful not to overwork). Pat into a disk and wrap in plastic. Chill at least 2 hours.

Roll out dough on a lightly floured sheet of baking paper to a 35cm round about 3mm thick. Scatter cheese over dough, leaving a 4cm border. Arrange tomatoes and garlic over cheese. Bring edges of dough up and over filling, overlapping as needed to create about a 4cm border; brush dough with egg. Sprinkle tomatoes with sea salt and pepper. Chill in freezer 10 minutes.

Bake galette, rotating once, until crust is golden brown and cooked through, 55–65 minutes. Sprinkle with chives. 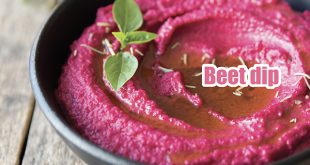 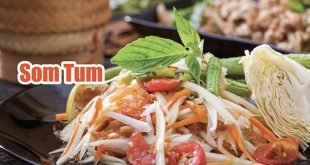 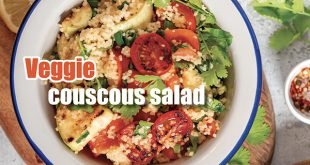 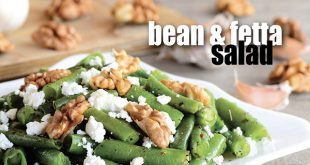 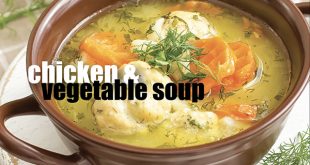 Full of flavour and body, this high protein salad will leave you full and satisfied. …